Property expert Kate Faulkner reports on the new rogue landlords and agent list and whether there will be a rogue tenant list in the future...

On 19th December 2017, the Lord Mayor of London, Sadiq Khan, launched his ‘Rogue Landlord and Agent Checker’ to specifically ‘name and shame’ landlords and agents that have been prosecuted or received a civil action enforcement for not abiding by housing law.

The overall aim is to enable private renters to check their landlord or agent before they decide whether to rent a property from them.

Will report landlords that have a:

Will expose agents who have:

If you are a landlord who operates in London, it is essential that you make every effort to ensure you don’t appear on this list. That’s because, if you do, it means you have in some way – whether intentionally or not – failed to comply with housing law. And with Local Authorities now able to impose £30,000 fines without having to go through the courts, breaking the law could ruin not only your reputation, but your buy to let profits as well.

And it’s not just London that is actively naming and shaming failing landlords. Oxford City Council has been doing it for some years and I’m seeing more and more reports, online and in print, of landlords who are being fined for both small and large misdemeanours.

How can landlords avoid being ‘named and shamed’
Of course, the obvious answer is to have your property professionally managed by a letting agent. However, with so many to choose from and with many not necessarily delivering a full service because of the current lack of regulation in the industry, it’s understandable that some landlords think they can do a better job themselves, while saving some money.

Choosing a good agent is now easier
After decades of lobbying, the industry is finally making some headway and the government has now agreed that all letting agents and property management companies (such as those that look after leasehold flats) will be regulated. This means that every company will have to adhere to a minimum set of training standards, which, for letting agents, is likely to include understanding the 150+ laws and 400+ rules and regulations governing the sector.

Although this will take some years to come to fruition, the good news is that it is now possible to identify the agents who are already operating at the kind of standards that will be required to meet regulation.

Three things your letting and management agent should have:

1. Client money protection. This is an insurance policy taken out by the agent, which covers both you and your tenant in case the agent goes bust or runs off with your rental monies. Having CMP will soon be a legal requirement, so if an agent still doesn’t have it, it may be an indication that they have not been ‘accepted’ by an insurer and they are therefore are best avoided.

2. Membership of ARLA Propertymark, Safeagent or RICS. Without regulation, the ‘good guys’ have so far tended to ‘self-regulate’ by joining trade organisations that lobby on their behalf and also provide training for their members. They also require their members to meet minimum operating standards and typically to abide by a code of practice to protect consumers.

3. Knowledge of local and national lettings legislation. For example, according to GetRentr, there are currently 514 active or upcoming licensing schemes - do you know whether you should be licensed or not? Do you know if your properties are in areas covered by the next 28 active consultations, yet to be decided upon? Does your property already meet the new EPC rules in place for 2018 and, if not, are you taking steps to ensure it will?

The best letting agent to help ensure you don’t end up with a fine for breaking the law, is one that has access to both monthly legal updates and a legal helpline that provides information and advice if the agent is confronted with a situation they haven’t come across before.

In Newham, they are taking things a step further and have set up their own scheme that rates letting agents. What is quite astonishing from this list is how few agents meet the criteria above, with just 29% receiving a 4* or 5*, meaning in this area you’ll have to do your research to find a good one.

Keeping up with the law as a self-managing landlord
With so many new rules and regulations coming into play over the next few years, if you don’t use a well-informed letting agent, you need to have a way of keeping up with the law yourself so that you can be sure your lets are always legal.

In my view, that means it’s vital to join a landlord association or accreditation scheme as an absolute minimum. This might be provided by your local authority or it might be a national organisation, such as the Residential Landlords Association, which provides regular training programmes and legal updates.

To be quite honest, I wouldn’t be able to keep up with lettings legals myself without a lot of help and support from a variety of sources – including Belvoir – so I really don’t think it’s possible for any landlord that isn’t working full time in the industry to do so.

Tenant referencing
As a landlord, you won’t have failed to notice the offers in your ‘inbox’ to reference tenants for a tiny fee of a few pounds. If only it were that simple!

There are two problems with ‘cheap’ referencing. Firstly, they can often reject a really good tenant due to a few technicalities and, secondly, they can end up recommending tenants that won’t necessarily be any good – and may turn out to be pretty bad, but know how to ‘play the system’.

At Belvoir, the way they reference a tenant is varied. It does include ‘background checks’, which can be done online, but it often includes other work, such as ringing and speaking to employers (we never accept employer references via a mobile phone) and robust referencing of any guarantors.

Periodic inspections are a must
With the legal responsibility firmly on a landlord to make sure all tenants have a legal right to rent in this country (via the Right to Rent rules), it’s essential to make regular visits to the property to make sure the tenant is happy, the property is in good condition and no other ‘guests’ are staying long term.

This is a service all managing agents should offer and the good ones will send you a written report on a 3-6 month basis, depending on how often they visit.

Will there be a ‘rogue tenant’ list?
To some extent, this shouldn’t be necessary if a tenant is referenced thoroughly in the first place and is followed up through regular periodic inspections, but it’s an understandable request from landlords particularly to help avoid professional rogue tenants.

Of course, all tenants - even the good ones - can end up in an awkward financial position and may default on their rent once every so often. The important thing for you to ensure is that you or your managing agent have a system in place for picking this up on the day the rent is due, and then for dealing with it quickly.

Will the legal challenge on Right to Rent succeed?
As part of checks on tenants, the government imposed their own checks on landlords by introducing fines for any landlord found to be letting to someone who is in the country illegally.

According to the RLA: “Under the Right to Rent Scheme, landlords are responsible for checking the immigration status of their tenants with the prospect of prosecution if they know or have “reasonable cause to believe” that the property they are letting is occupied by someone who does not have the right to rent in the UK.”

They believe that this is resulting in discrimination “against foreign nationals” and cases are currently being brought by the Joint Council for the Welfare of Immigrants (JCWI) and Camden Community Law Centre.

Whether these cases succeed or not, the outcome may well help to make the checks simpler for landlords who are currently at the mercy of forged documentation, which is often extremely difficult to verify.

Although a new review of the Right to Rent checks has been announced by the Chief Inspector of Borders and Immigration, it apparently doesn’t intend to review the unintended consequences - for example, whether this is resulting in an increase in homelessness among foreign nationals.

For now, landlords should make sure they either outsource the vetting of their tenants to a good agent – both prior and during the let – or make sure they have a reliable way of keeping up with the latest letting rules and regulations. 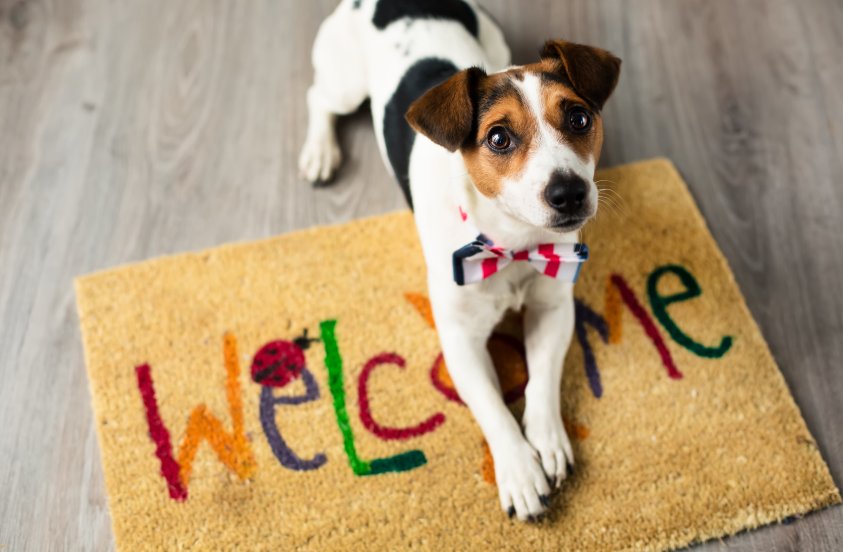 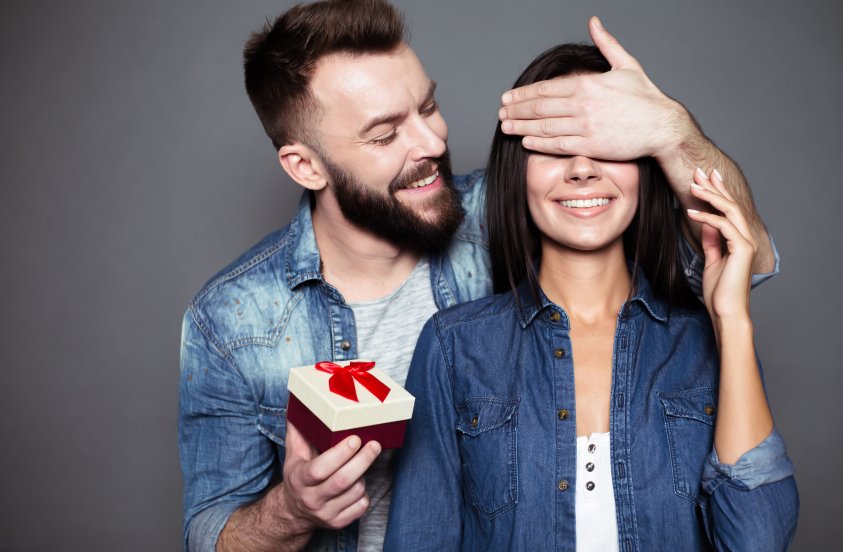 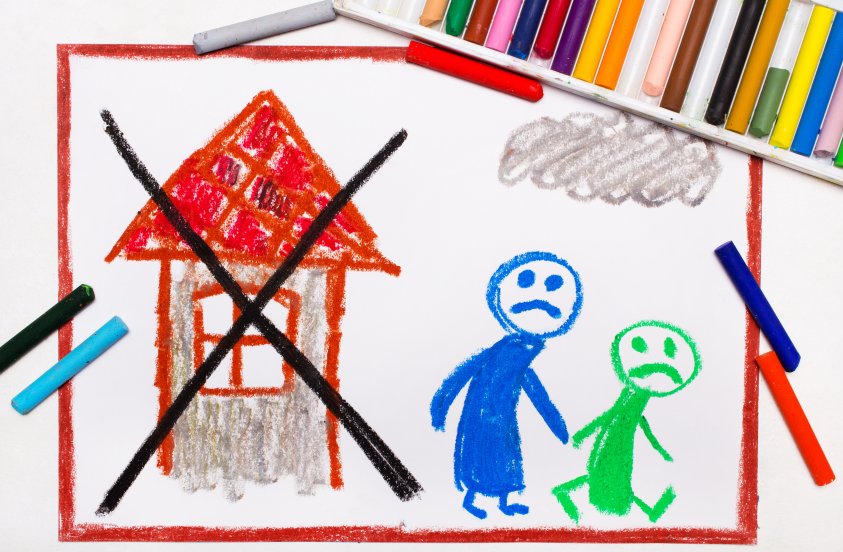