Formed in 1965, the London Borough of Sutton has become home to over 200,000 people, with its bustling life being the core of its warmth and liveliness. But its busy high streets and shopping areas are never a compromise for the green life that surrounds it. The Lavender Fields in Carshalton and Beddington Park in Wallington are just some of the large open spaces of greenery in the 1500 acres of green land that Sutton boasts. In fact, the great attractions in the area are 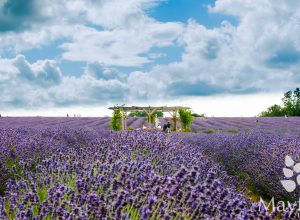 With multiple mainline stations, Sutton is also a well-connected area, taking people right from their home to their workplace. Its rail services connect users to London Victoria and London Bridge in just half an hour. Alongside the rail services, the local area is linked through a network of buses running all the way across the borough, allowing children to reach their schools in no time. The borough is not just a host to great transport, but great schools too.

The borough also has a wide variety of shops, including grocery stores such as Tesco, Sainsbury’s, Marks & Spencer’s and Asda, as well as a local shopping mall on the high street containing over 50 stores. In addition to the vast diversity of the shops in the area, there is also a myriad of exquisite restaurants offering palatable food of all types. The area also benefits from a great selection of places of culture and leisure, including local theatres, such as the Sutton Empire Cinema as well as multiple leisure centres, such as Westcroft Leisure Centre where people can play badminton, go to the gym, go swimming and other sporting options. In addition, the area has several local cricket, tennis and badminton clubs for all ages.

Sutton has also made a name for itself for being a very residential area, as well as being the third safest area in London, with total crime being reduced by 31% over the last eight years. Among the area, Sutton hosts a variety of properties, from contemporary and modern flats and new builds, as well as large, spacious detached houses, both for sale and to let.

Overall, the London Borough of Sutton is not just a borough, but a place where people feel the warm atmosphere and a feeling of home. Sutton is the quintessential area, with good schools, good transport and a good homely feel. And here at Belvoir, we couldn’t feel happier to work in an area like Sutton, where we get the opportunity to build relationships between residents and their area.