Nottinghamshire has a history in brewing that dates all the way back to medieval times.  In fact, drinking water was known to be so bad that most Monasteries and the aristocracy brewed and drank beer instead – because it was safer!  This is because brewing beers, meant they were sterilised so it therefore was deemed safe to drink (and the alcohol made it pretty enjoyable, too!)

The most famous venue for Nottingham’s brewing heritage was at the base of the rocks of Nottingham Castle, (hence Castle Rock Breweries) this is because the caves provided perfect cooling cellars for fermentation and storage.

The mineral properties of the Nottingham’s water made its beers iconic, and their reputation spread through pubs, restaurants, folk songs and ballads.

However, to focus on Mansfield, we of course, had the Mansfield Brewery - which boasted the country’s largest independent brewery, situated less than half a kilometre from the Stag’s home ground, Field Mill. 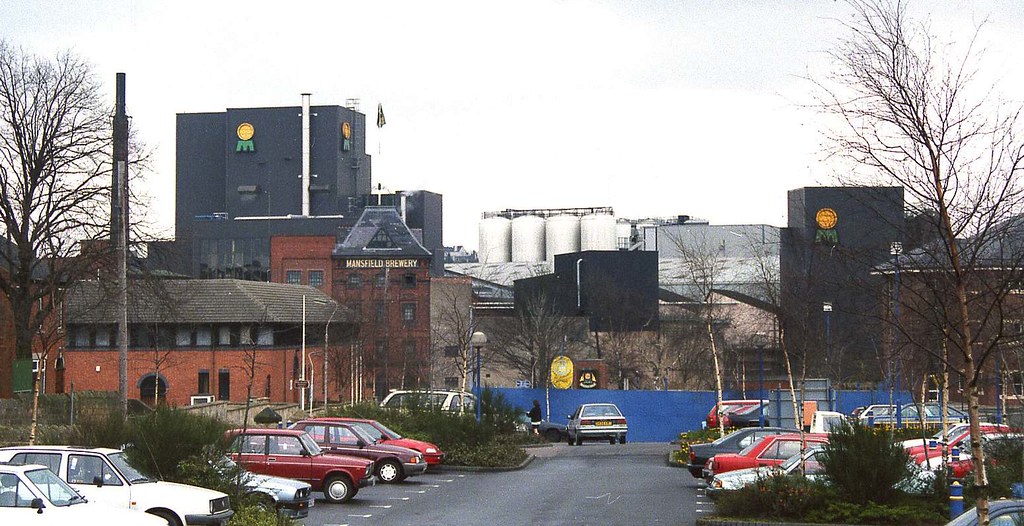 Before its closure, cask ale beer production was thriving after being reintroduced at the brewery back in 1982, after a break of ten years. Surprisingly though, it was quite a challenge to find a Mansfield cask ale in Mansfield!

It is thought that one reason for this must have been due to the large number of miners welfares, social clubs, and working men’s clubs etc, content on selling keg products at highly discounted prices. Sadly, this was a discount which the average pub tenant could not afford to offer the drinker when it came to real ales.

When the Mansfield Brewery was in business, it boasted a selection of popular seasonal beers such the Deakins range in addition to the regulars such as Old Baily and the prestigious Mansfield Bitter!  All of these were brewed in traditional Yorkshire squares so as to appeal to the taste buds of a wider audience outside of their traditional trading area.

However, when Wolverhampton & Dudley Breweries took over, the Old Baily was quashed in order to make way for a marketing drive of Marstons Pedigree and as such, beer production was moved to Wolverhampton.

When the move happened, the taste of the beer changed, as the water was different in Wolverhampton. Then followed the winding down of the other brands of what once was the major employer in the area, and shortly after, Mansfield Brewery was finally laid to rest.

The site was cleared by demolition contractors in 2008, with many local residents feeling that the destruction of the brewery's brick chimney by twelve explosive charges brought to an end part of the town's cultural heritage, and officially marked the end of brewing in Mansfield.

The land on which the brewery once stood was immediately put up for sale. However, in the 2019th year, the site is still undeveloped. However, the application for the construction of 75 dwellings with associated access, infrastructure, re-grading of site levels and car parking on land to the west of Great central Road, Mansfield, was approved at a meeting of the authority’s planning committee in August 2018.