A picturesque market town based in north Hertfordshire dating back to the 7th Century. With its cobbled Market place surrounded by traditional buildings dating back to the 15th century, the prosperity of the town flourished in the 17th century as it became a staging post for those travelling to and from London. The old part of Hitchin with the beautiful 13th-century St Mary’s church at its heart still has tree-lined narrow streets with attractive buildings and inns dating back to medieval times. Hitchin remains ideally situated for transport being just two miles from the A1(M) and only 10 miles from the M1, and London’s Kings Cross station a mere 30 minutes away on the Great Northern Line. 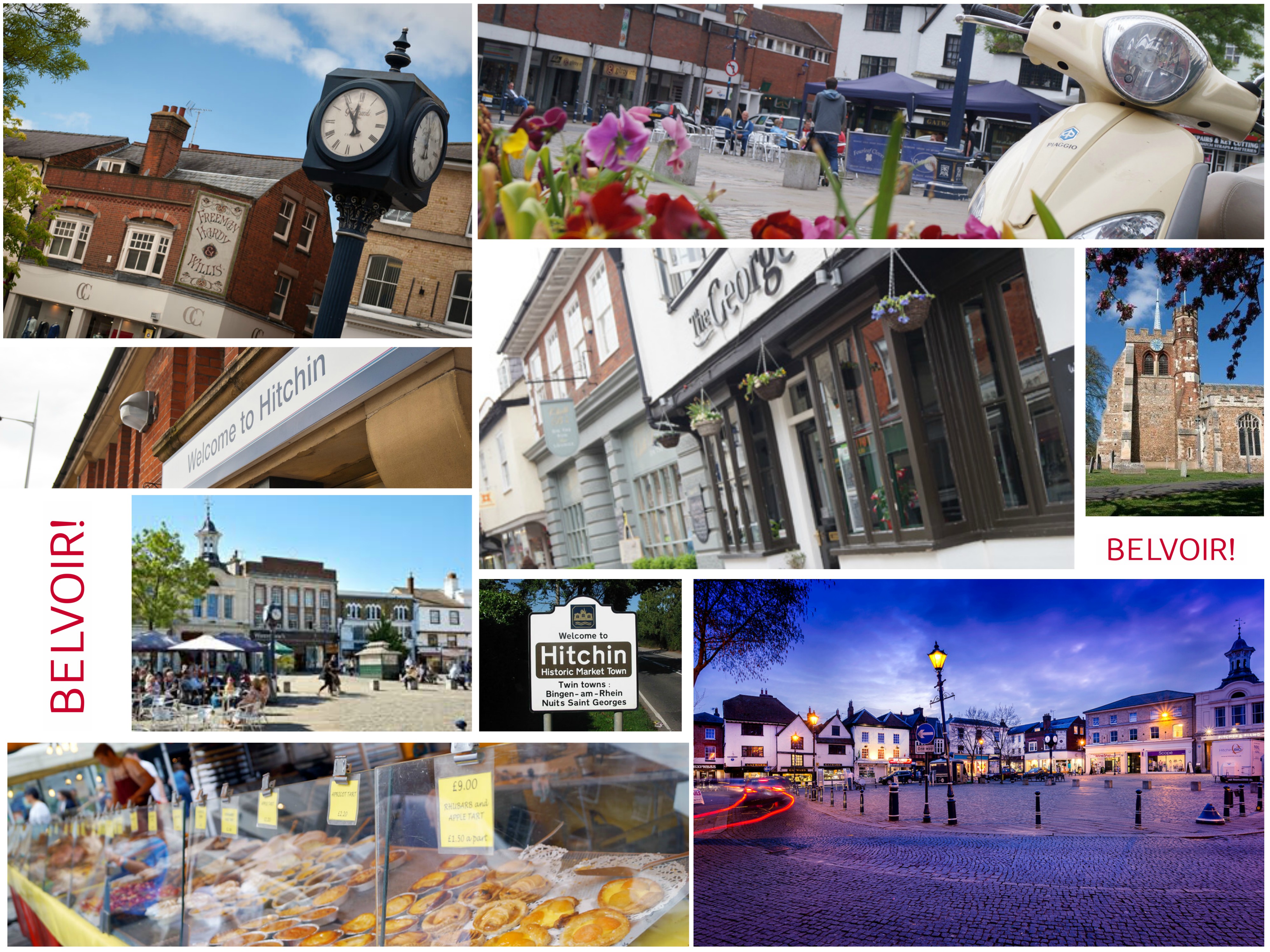 Recently voted 9th in the top 10 best towns in the UK in which to live. With a vibrant shopping area offering independent retailers, quirky boutiques and a variety of shops that you simply won’t find anywhere else, and an even greater range of coffee shops and restaurants. The Tuesday, Friday and Saturday markets attract many locals to the town. A vibrant nightlife with a large variety of pubs, bars, restaurants and theatres on offer attracts people of all ages every weekend. For the more active, there are many different sports clubs, including Football, Rugby, Cycling, Tennis, Badminton, Fencing and more besides. Wider community events vary from the Hitchin Festival, Hitchin Fashion Show, May Day Gala and Hitchin Food & Drink Festival to name but a few. Hitchin boasts a number of OFSTED rated outstanding primary schools, and much sought after secondary schools including both Hitchin Boy’s and Hitchin Girl’s Schools.

Sitting almost midway between Welwyn Garden City and Letchworth Garden City and east of junctions 7 and 8 of the A1, Stevenage is considered the United Kingdom's first 'New Town' as was designated in August 1946, but historically dates back to c.1060 and features in the Doomsday Book. 1857 saw the arrival of the Great Northern Railway and Stevenage began its slow growth through the 19th century, and following the Second World War was selected to eb the first of a ring of new towns around London. The town grew with the pedestrianized town centre being the first purpose-built traffic-free shopping zone in Britain with its recognised clock tower at the centre of what is now one of Hertfordshires busiest retail centres.

Modern day Stevenage has attracted many large employers such as British Aerospace (now MBDA), GlaxoSmithKline, Airbus France and many more. This prime location is ideal for local workers and commuters, with great direct links to Peterborough, Cambridge and London. Travel times to London are approximately 25 minutes on the express service and Peterborough can typically take 50 minutes. Living in Stevenage provides local well regarded schools, local amenities often easily accessible, a wide choice of shopping for that all important retail therapy, entertainment to suit all tastes with bars, restaurants, sports centres, swimming pool and Multiplex cinema to mention a few. 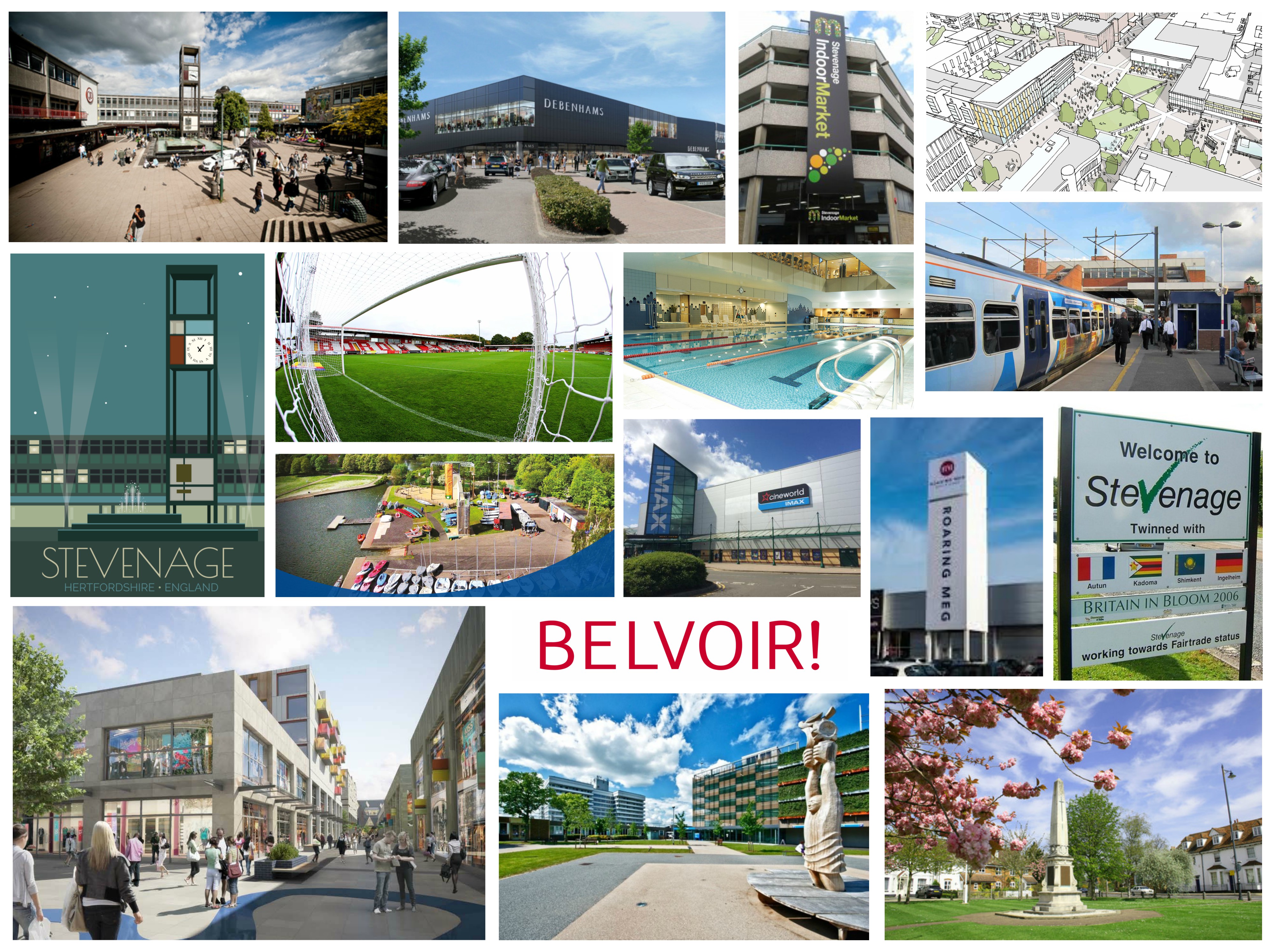 The town continues to thrive and expand, and is investing £350 million in an ambitious regeneration of the town centre to include new shops, homes, a bespoke central venue for a library, exhibition space, health services and council offices. Creating a new linear park, food and drink space with bars and restaurants in the heart of the town for people to enjoy, and the potential for hundreds of new jobs and training opportunities for local people.

An area that still represents great value offering fantastic commuter links and wide ranging opportunities for anyone looking to move to this vibrant town.