Corby started out as a small village in the 1930’s growing very quickly in the 1950’s with the opening of the Steelworks, which is still operating now renamed as Tata Steel and currently employs between 450-500 people in the town.

The Steelworks brought to Corby an influx of migrants looking for work, the inhabitants originated from a mix of cultures the most popular being from Scotland earning Corby the nickname of “little Scotland”. In turn the property market boomed and the town grew rapidly and continues to this day to prosper year on year.

In May 2016 Corby was named by the office of national statistics as the fastest growing borough outside of London with a population that is expected to surge by 17% to 76,400 by 2024.

In recent years Corby has undergone massive regeneration with the town centre attracting many of the large retailers, the Corby railway station owned by Network Rail which reopened in February 2009 has made the town an attractive proposition for commuters, what with its competitive property prices and a seven day rail link to London St Pancras, with a journey time of just over an hour, this is appealing more and more and which is why we have had a massive amount of people who have moved from the hustle and bustle of the London suburbs to Corby to benefit from the lower house prices but achieving a more satisfying and in most cases a better quality lifestyle.

The town has enviable amenities that people travel far and wide to visit, amongst these diverse attractions are the East Midlands International Swimming Pool, 900 year old Rockingham Castle built on the instruction of William the Conqueror in the picturesque village of Rockingham, and the renowned Adrenalin Alley which is Europe’s largest urban sports venue, indoor trampoline park, six screen cinema, an 18 hole woodland golf course with over 220 active members, and many restaurants, café’s and bars to cater for everybody’s palate. 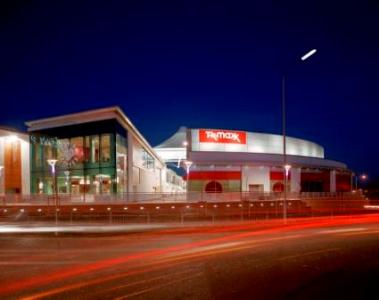