RLA's guide to the Tenant Fee Ban in England

The government continues to move forward with a planned ban on fees charged by letting agents and landlords to their tenants. While this is yet to come into force, and draft legislation is always subject to change, it is very likely to come into force in much the same format so landlords and agents should start considering the impact on their business now.

This guide will act as a primer for landlords and agents to help them prepare for these upcoming changes.

This guidance is based on legislation that has not yet come into force. Landlords and agents should be aware that it remains subject to change.

Does the fee ban apply to agents and landlords?

Yes, it will apply to both agents and landlords.

Does the ban apply in Wales?

England and Wales are separate jurisdictions for this purpose. They are both passing their own versions of the legislation. There will be differences between them in terms of details, especially around enforcement. This note is directed toward the English legislation.

Will the fees ban apply to older tenancies?

Not immediately. It will apply to renewals of tenancies, excluding statutory and contractual periodic tenancies that arise after the Tenant Fees Act comes into force.

After one year the ban will attach to pre-existing tenancies and clauses that charge fees in them will become ineffective. If a landlord or agent takes a prohibited payment after that date they will have 28 days to return it or be considered in breach of this legislation.

What fees are banned?

Anything not exempted, that the tenant (or someone acting on their behalf like a guarantor or parent) is required to pay as a condition of the 'grant, continuance, assignment, termination or renewal' of an assured shorthold tenancy or licence agreement.

This includes payments to third parties, either for services throughout the tenancy or for specific performance of a job and loans from third parties.

In short this means that pretty much any fee that is in the tenancy agreement will be void unless it is exempt.

Examples of banned fees then would be:

Holding deposits, rent, deposits and charges for defaulting on the contract are all exempted from this ban.

However, all 4 are subject to additional restrictions as part of the legislation and landlords and agents will need to be mindful of these changes.

In addition, most required payments to third parties are prohibited, however a landlord can require the tenant to use a specific utility or communications provider. Agents are not allowed to require this however.

Finally, landlords may charge for changing tenants or allowing tenants to vacate the property early. This is subject to restrictions on costs however.

There will be a ban on setting rent at a higher level for the first portion of the tenancy and then dropping it down afterwards. This is to prevent landlords or agents trying to offset the ban on fees by artificially increasing the rent for the initial period to make up the costs.

Of course, a higher rent than you would normally charge for the property, that is consistent throughout the tenancy will be fine. The government believes this is unlikely to happen though, as tenants will shop around for the lowest price.

Holding deposits will be limited to a maximum of 1 week's rent and subject to statutory legislation on the repayment of this should the tenancy not go ahead. Briefly, this is proposed to be:

Deposits will be limited to 5 weeks rent as a maximum amount for tenancies where the annual rent is below £50,000. This has gone up from the originally proposed limit of one month.

Deposits for tenancies where the annual rent is £50,000 or more are limited to the equivalent of 6 weeks rent.

Breaches of the tenancy agreement (damages)

Where the tenant has breached their tenancy agreement and caused damage as a result, then landlords may still seek compensation via deductions from the deposit or court action.

Previously it was expected that landlords would be able to charge for sending reminder letters. The latest draft of the legislation has tightened up the rules on default payments significantly however.

Under the current draft of the legislation landlords are allowed to charge for two types of default payments – loss of keys and late payment of rent. Both are subject to restrictions.

For late payment of rent, landlords and agents may only charge 3% above the Bank of England base rate in interest on the late payment of rent from the date the payment is missed. At the time of writing this would be 3.75% interest. They may not charge for sending reminder letters.

How to calculate interest on the rent

A tenant misses a rent payment of £500 on 1st January and a further payment on 1st February, on February 28th the tenancy ends and the landlord intends to charge for payment.

Changes to the tenancy

While most costs related to assignment or surrender of a tenancy are prohibited, landlords and agents are still allowed to charge certain small sums to tenants if the tenant requests a change in tenant or an early surrender.

Where the tenants have requested a change in the tenancy (such as swapping tenants), the landlord may charge a fee of £50 for the change or the costs incurred. They must be able to evidence in writing any costs incurred if they do go above £50 and the draft guidance makes it clear that £50 is considered the norm for landlords and agents.

Where the tenants have requested early surrender of the tenancy, the landlord or agent may charge fees equivalent to the loss incurred. As charges such as referencing, tenancy drafting, etc are prohibited landlords will not be able to show a loss has been incurred for the provision of these services. Instead, landlords and agents will be able to charge the equivalent of the rent lost due to the unforeseen void period. As the void period may not be clear at the point of charging many landlords and agents will likely start to regularly refuse tenants looking to surrender early as a result.

A number of third party payments can be required as part of the tenancy agreement. Most can be used by landlords and agents, but some are exclusive to landlords.

If the landlord seeks to charge more than the billed costs for these services then any excess will be considered a prohibited payment.

What are the financial penalties for this?

Where a breach has occurred and a banned fee or payment is taken, tenants will be able to get any money wrongly paid back via the county court. Local Trading Standards are supposed to assist tenants with this in some fashion once it comes into force.

The landlord or agent may be charged interest on this from the day that the prohibited payment was taken.

In addition, local trading standards will be required to enforce this legislation and will issue a fine of up to £5,000 for a first offence. Subsequent breaches are criminal offences or alternatively, the landlord can be fined up to £30,000 as a civil penalty and be subject to a banning order.

Will I be restricted from serving a Section 21 notice if I charge fees?

No Section 21 notice may be given so long as a prohibited payment was requested, paid by a tenant and is still being held by the landlord or agent.

Landlords and agents can either refund the prohibited payment or, with the permission of the tenant, use that money as payment towards rent or the deposit.

What tenancy types does this legislation apply to?

Only ASTs, student accommodation, and licences are caught by this. Company lets and non-assured tenancies will be exempt.

What do I need to be thinking about before the ban comes in?

Landlords and agents will have to consider their current business models carefully. The prohibition on fees will impact heavily on some business models and this is likely to lead to increasing rents or heavier costs to the landlords.

Similarly, it is vital that landlords and agents consider whether their current tenancy agreements and holding deposit forms are fit for purpose once the new legislation comes into force. The RLA will be updating our documents to ensure compliance with the ban on fees prior to it coming into force. We would urge any of our members to use the new documents once they are published.

Is there anything else to be aware of?

This guidance is based on the current draft of the Tenant Fees Bill. It is current as of the 11th December 2018 and will be updated as and when further information is provided. 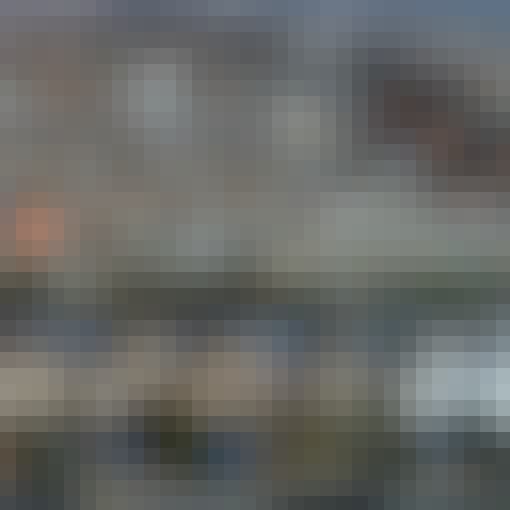 Government sets out comprehensive support for renters this winter