A lot of folk ask me what I think the housing market will do this year, and a lot of folk have strong convincing opinions but of course calling the housing market is not easy.  The housing market has only gone down once in my lifetime, that was in 2008/9 during the subprime mortgage crisis which precepted the financial crisis and caused a run on credit known as the ‘Credit Crunch’. Queues at Northern Rock and other building societies followed, and the economy went into recession. But blink for a moment and the dip in the housing market was a distant memory. I know of very few investors who took advantage of the very brief suppression in prices. I took advantage. We tried to buy a 5 bed Maisonette in Clapham South for £415k but settled with a terrace cottage in Tonbridge at £126k after being knocked back by the overly nervous mortgage companies. I knew at the time that any dip in the housing market is an opportunity to jump in no matter how brief.  I knew it was to be short lived, mainly because the supply and demand fundamentals that existed then, and still exist today had not gone away… temporary on hold, but not gone away.

Now let’s get one thing straight, as an Estate Agent you may think there is an invested interest in being an advocate for rising house prices? Perhaps this is true to an extent but personally I would rather the opportunity to dip back into the market that falling prices would bring. And as a Letting Agent? Well, there is nothing better for a Letting Agent than a falling housing market! Belvoir was buoyed out of the last recession with record numbers of home owners becoming accidental landlords. Rentals thrive in a downturn – I would love a downturn in the housing market, it would be fantastic for business!! I don’t believe though when considering all the analysis that house prices will fall, and I set out the analysis below:

The Case for a Falling Housing Market

The government’s handling of Covid: the virus was not controlled and a lot of damage has been done, which can only continue to have a negative impact on businesses and on the economy as a whole, well into 2021-2022, even if the R-Number continues to fall from here on and vaccines begin to take effect, the ‘Fallout’ from the pandemic will impact the economy. Unemployment in certain sectors worst affected will ensue, the Office for National Statistics predicted this with four million workers facing unemployment by next Christmas.

The Stamp Duty holiday, which has had a positive impact on the housing market, is due to end and this could cause the 300,000+ home sales that won’t complete in time to fall through (though the Chancellor has intervened this week with plans for a softer landing). Just like in 2008-9 it could become harder to get a mortgage as lenders fret that house prices could fall and that borrowers might lose their jobs. Brexit could exasperate the damage to the economy, like a booster injection feeding consumer uncertainty and lack of confidence in the market.

Tenants who lose their jobs could get into arrears; thousands of rental properties could be taken out of the market due to a backlog of eviction cases in the courts (but latest figures tell us that evictions are actually lower than in any normal year). Landlords could decide to sell their properties due to the tax changes, financial problems of their own or as a result of the evermore complex compliance legislation and the enormous fines that are being levied. Mortgage holidays will come to an end sooner rather than later and homeowners who were thrown a lifeline during the pandemic, may now not be able to service their mortgages and be forced to sell.  The foreign home rental market could collapse as Europeans return home with lifting of travel restrictions and easing of quarantine requirements. A fundamental shift in the way companies structure their workforce could be on the horizon, as businesses realise working remotley with Zoom works and that paying excessive High Street commercial rent for properties that are no longer needed, doesn’t make any sense. Commercial landlords could be forced into redeveloping office space into residential accommodation in a ‘follow the rent’ demand gravy train causing a supply glut and driving prices down (but even if every office in every city in the UK was redeveloped to residential, there would still be a housing shortage!)

All of this sounds pretty dire, and plausible even. Possibly all, and definitely some of these predictions will come to bear fruit (music to the ears of all would be house market bargain hunting enthusiasts!). But to the degree and with the momentum and force enough to derail the steaming 'Demand Train' and the sinking 'Supply Drain' that existed well before the pandemic, that exists today, and if anything has been exasperated by the pandemic? The answer is most definitely not, and below I outline the reasons why:

The Case for a Rising Housing Market

The first overriding factor is that the majority of people have not yet suffered financial ruin due to Covid. Groups of people have been greatly impacted, groups of people have been less affected, groups of people have not been affected at all and groups of people have benefited. The worst affected are hospitality industry workers and airline pilots or airport workers whose incomes have fallen off a cliff with no sign of relief anytime soon. The next group are people whose hours have been cut or have been put on furlough and have typically lost 20% of their income. The next group are people who work in sectors such as insurance and education, banking and finance, real estate and housing – their incomes have remained the same. The next group is people who work in sectors such as the food industry, supermarkets and  take-away food bars. Many of these workers have been asked to work longer hours and are better off than they were before. The final group of people have seen their income soar as a result of the pandemic. These people work in IT, delivery companies, online retailers like Amazon – all of which have seen a huge uplift in their workload. The construction industries are busy building extensions and home offices.Skip companies and DIY stores are struggling to meet demand as people stay home and focus on improving their living space. Swimming pool companies are busy building pools for people who cannot go on holiday. Sofa companies are busy making sofas for customers who are spending much more time than they used to sitting on them, and some of these sectors and groups of workers make up the majority of the UK workforce, being a service driven workforce. In short, there are many people who can still afford to move house, and a lot of people that do want to more than at any other time in history, in fact, as living space takes centre stage.

Mortgage rates are extremely low, and the Government has the power and the ambition to keep them low too. This encourages demand as in no time in history has it been cheaper and easier to obtain a mortgage. 95% mortgages are being peddled out again and in the coming Budget Chancellor Rishi Sunak will be rolling this lending reguirement out further along with a 3 month extension to the Stamp Duty vacation. The message from the Government is that 'we are supporting the housing market'. Many buyers and sellers have had change in circumstances with husbands, wives and children all at home at the same time, and have realised that their current living space is not fit for purpose. We see this every day from buyer enquiries; we are also seeing separations, partners moving out and change in living circumstances feeding demand as home ownership requirements change. Many homeowners are no longer commuting every day and want to move from the city to Colchester or from Colchester to the more rural country villages, towns and hamlets. The lockdown has focused minds on improvement to living standards in rebellion to the grim situation the pandemic has imposed on many of us, particularly those in apartments and built-up cities around the UK.  A garden, a home office or just a bigger house is driving a large number of home moves.

The government has become a Covid crisis government at war with the biggest political issue this country has faced since WWII and since Brexit. The government is supporting the failing groups mentioned above, before momentum can take hold – pulling them out from the abyss. Large sections of our tenants are on Universal Credit, being supported by different schemes and furloughs and hardly any of these tenants have concerns about covering the rent with this support.

The new vaccines appear to work; people are becoming less afraid of the virus. We know much more now about the virus and we all know that the world isn’t going to implode, not today and not from Covid anyway. The worst of Covid appears to have passed, with the peak having been in mid-January. Some countries are even living as normal lives as they were before the pandemic. Countries such as New Zealand, Australia, China and much of Asia.

Far from the predicted recession the economy is growing, it grew by a record 15% in the third quarter of 2020 before a successful vaccine was even announced, so it’s highly unlikely that the economy will shrink given the vaccine confidence. The housing market has, if anything, shown its resilience during a pandemic. It has stormed ahead - so what is it likely to do as the pandemic eases? You got it, the train will keep on steaming.  We have sold record numbers of properties at record prices and achieved record rents over the last three months. The demand from buyers shows no sign of waning. Getting enough properties to feed the demand is our biggest challenge in Colchester.  New buyers are entering the market and old buyers are returning, but there simply isn’t the stock to feed the demand, all adding to inflationary pressure as buyers fight over available stock.

The Stock Market tried to crash at the beginning of the pandemic but within a few months was back at record highs. Now, here is an interesting fact: never in the history of the world has the housing market fallen and been out of sync with the stock market. Why would we think in 2021, with a record high stock market, that the housing market would fall out of tandem when that’s never happened in the 420 years since the stock market has been in existance? And if the stock market couldn’t stay down in the midst of the pandemic global crisis then housing, the safer, more stable investment certainly isn’t going to either.

If you would like more information, help with a mortgage, an analysis of the house price inflation and likely trends in your particular street or area, please contact our office and ask for Darren Mclaughlin on 01206 364444 or email darren.mclaughlin@belvoir.co.uk 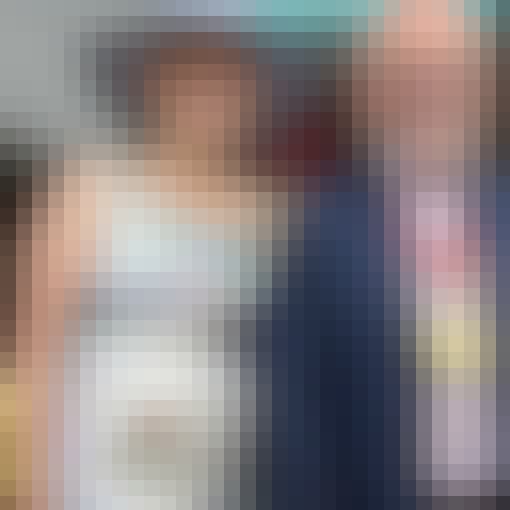 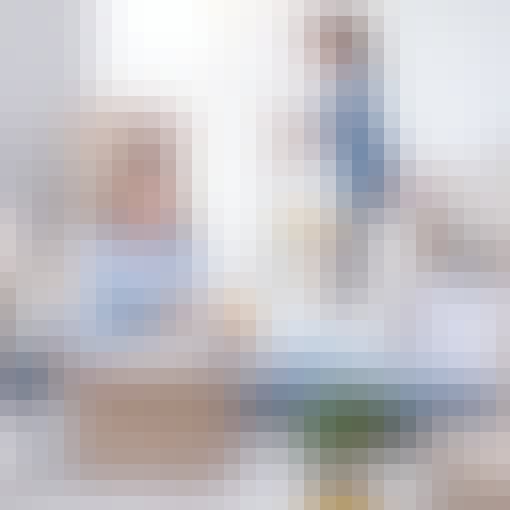 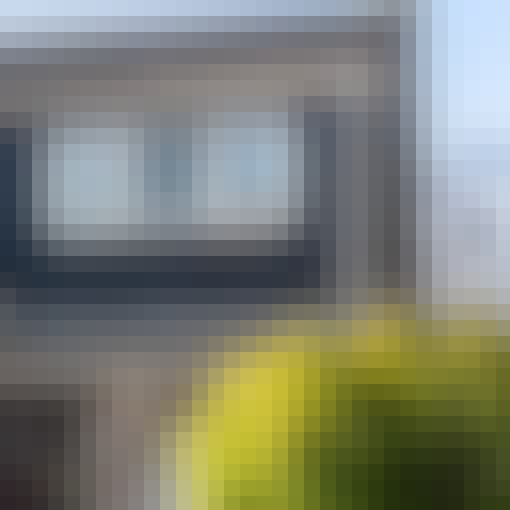