Major benefit of not joint marketing for lettings

As a matter of principle, when it comes to advertising a property for letting, Belvoir in Basingstoke doesn’t joint market.

There are a number of very good reasons for this, but perhaps the best reason is explained through an all-too-common problem we experience at application.

Sometimes, someone will telephone us regarding a property that we are advertising.  They’ll tell us how many kids they have, what they do for a job and how much they earn.  They will sometimes then tell us about their cat or dog. Once they realise that pets are not allowed at the property, they’ll tell us that they will “re-home” it and that it “won’t be a problem”.

Are we really supposed to believe that pet lovers chop and change pets according to circumstances in the way that we would dispose of a wardrobe if a house has them fitted?

Unfortunately,we’ve been caught out by this before and whilst it may be that the minority are spoiling things for the majority, we find it difficult to sell this idea to our landlords. We’ve had pets smuggled into properties against a landlord’s wishes and it causes no end of trouble for all concerned.

Having turned away an applicant, we sometimes get a call a day or so later from someone else whose circumstances are remarkably similar.  We obviously take notes of all applicants and it’s usually the partner who rings the second time. This time, no mention is made of the pet.  Eventually, however, it becomes clear and the application is once again dismissed.

Now, suppose a landlord has instructed a second agent.  After the first, or certainly the second attempt to apply, the applicant will realise that it is with another agent and will approach them.  Having learned their lesson with us, they become model applicants and don’t mention the pet at all.

A few weeks later, they move in and the pet is simply made to vanish when periodic inspections are carried out.  The landlord has been conned and has pets in his home, against his explicit wishes.

You might argue that it’s no big deal.  But, the landlord might only be letting it temporarily and might have severe allergic reactions to pet hairs.  Since the agent didn’t know about the pet, there is no clause stipulating treatment of the carpet when the tenant leaves.  Maybe the brand new carpet is soiled and this only comes to light once the tenant vacates and the landlord decides to clean the carpet.  Smells can linger for inordinate periods of time.

It might not be pets that cause the problem.  The property might be inappropriate for the number of permitted occupants that eventually live there.  The wear and tear might be significant.

The point is that were it not for the fact that the property is in the hands of two agents, this sort of thing could be cut off at the pass.

Obviously, it goes without saying that this sort of thing often comes on top of something else which makes a landlord more susceptible.

A year or so ago, we let a lovely property at a price which was very much top-end. At the time, there was little else that compared and on behalf of the landlord, we were extremely lucky.  Recently, this tenant-find-only landlord let us know at the very last minute that the tenant had served notice. Against our better advice, in a slow market, he demanded that it be re-marketed at the same price.

Despite regular calls during which he was advised to reduce the asking price, he stuck to his guns and the property remained empty for a prolonged period of time.

Eventually, he decided, without even telling us, to instruct another agent. In line with our usual stance, we dis-instructed ourselves.

We wouldn’t be at all surprised if he now accepts offers from a model applicant who has learned his lesson with us.  He may get the asking price, but he’ll get more than he was bargaining for.

Had he taken our very sensible advice, any number of applicants who viewed his property but who then applied for other properties based upon value, might have applied.

His property would have been let a month or so ago and he’d only be maybe £100 a month worse off.  At it is, he has already lost £2000 in rent which he may never make up for and he might end up with a dis-honest tenant with all the associated grief.

You might have thought that we don’t like joint marketing because we want it all to ourselves.  You wouldn’t be entirely wrong, after all, we did a good job last time and put in a lot of effort this time.  You wouldn’t however, be entirely right. 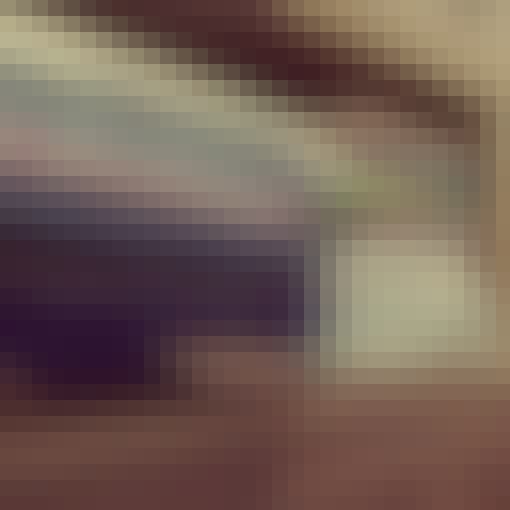 Declutter for good: start your 2022 with a room-by-room reset

New Year is also a catalyst for change and the increase in energy makes January the perfect time to declutter your home, regardless of whether you're staying or selling

What do buyers want? Five fundamental factors that turn viewings into sales

While practical considerations like size and price play a part when choosing a new home, the most influential factor of all is how it feels.

Which is better, renting or owning a home?

Whether you’re going to rent or planning to buy, your next move in Basingstoke is a personal choice. We look at the pros and cons for both.