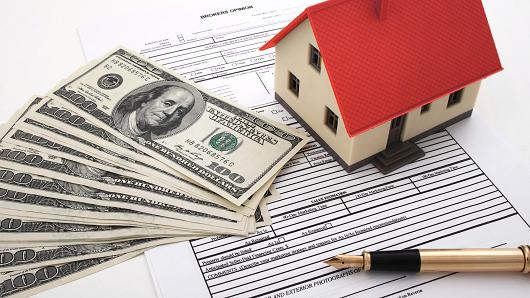 What are mortgage interest rates?

Mortgage rates are the rate of interest charged on a mortgage. They are determined by the lender in most cases and can be either fixed, remain the same for the term of the mortgage, or variable, fluctuating with a benchmark interest rate.

Before you compare mortgage rates, you first need to understand the different types and how they work.

There are two main types of mortgages: fixed rate and variable.

Fixed rate mortgages: As the name suggests this type of mortgage has an interest rate that stays the same for a set period. This could be anything from two to ten years. Your repayments are the same every month and you don't need to fear fluctuations in interest rates. Most will charge you a penalty - known as an early repayment charge (ERC) - if you choose to leave the deal before the end of the fixed term.

Variable rate mortgages: These mortgage interest rates adjust periodically, therefore your monthly payments may change each month throughout the life of the loan. Usually, the interest rate changes in relation to another rate; the Bank of England's base rate is very influential on variable interest rates, as is the base rate of each lender.

For standard variable rate (SVR) mortgages each lender has an SVR that they can move when they like. In reality, this tends to roughly follow the Bank of England's base rate movements. SVRs can be anything from two to five or more percentage points above the base rate, and they can vary massively between lenders.

Tracker mortgages are directly linked to the Bank of England base rate and the rate you are charged will mirror any changes in that. So, for example, if the base rate is 0.50%, a tracker deal might track this rate at 2.50% above it, giving a payable rate of 3.00%. If the base rate rose to 0.75%, the mortgage rate would go up to 3.25%.

As with fixed rate mortgages, you will probably be hit with a penalty if you want to get out of the tracker mortgage deal during the first few years. For example, if you go for a five-year tracker, an ERC will probably apply for the first five years. The exception is term, or lifetime trackers, as most of these are penalty free.

The other type of variable mortgage is the discount mortgage. Rather than being linked to the Bank of England base rate, discounts are linked to the lender's standard variable rate (SVR). For example, if the SVR is 4.50% with a discount of 1%, the payable mortgage rate is 3.50%. If the SVR rose to 5.50%, the pay rate would rise to 4.50%.

The problem with discounts is that SVR changes are at the lender's discretion so your mortgage payments could change even if there has been no alteration in the Bank of England base rate. What's more, even if the SVR changes following a move in the base rate, there is no guarantee that it will increase or decrease by the same amount.

As a result, trackers are usually seen as more transparent than discounted deals and are regarded often as being fairer for the borrower.

When the Bank of England raised the base rate from 0.25% to 0.5% in November 2017, anyone who wasn’t on a fixed rate mortgage was at risk of seeing their repayments increase. A number of leading mortgage lenders followed and increased their tracker and/or SVR rates a month later.

Most mortgage deals carry arrangement fees, which can vary from a few hundred pounds up to a couple of thousand.

Also, bear in mind that these setup costs can sometimes comprise of two fees. An increasing number of lenders charge a non-refundable booking fee, which is effectively a product reservation fee. You won't get back this back if you end up not taking the mortgage, perhaps because your house purchase falls through, for example.

The second type of fee is an arrangement fee which you pay on completion of the mortgage so you won't have to pay it if, for any reason, you don't take the mortgage.

Remember to always factor these into the overall cost of any deal. Even if a lender is offering a seemingly unbeatable rate, steep fees could mean that it actually works out to be more cost-effective to opt for a higher rate, but with a much lower fee, or no fee at all.

The best mortgage rate for you depends on how much you are looking to borrow. A high fee is often worth paying in order to secure a low-interest rate if you are applying for a large mortgage. But those with smaller mortgages could be better off opting for a higher rate and lower fee.

However, while this is the general rule, it is well worth crunching the numbers when you are comparing mortgages: you need to work out the total cost over the term of the deal. For example, if you are going for a two-year fix you need to work out the cost of your repayments over the term: find out what the monthly payment will be, which you can do using our mortgage calculator, and multiply by 24. You then need to add the arrangement fee to find out the total cost.

What else do you need to consider when looking for a mortgage?

Mortgage term: Most people opt for a 25-year term when they take their first mortgage out. However, you can go for a longer or shorter period of time. If you go for a longer term, your repayments will be lower but it will take you longer to pay off the debt. The shorter the term, the sooner you'll be mortgage free. So go for the shortest term that is affordable.

And when you come to remortgage remember to reduce the term on the new deal that you apply for. For example, if you took out a two-year fixed over a 25-year term and the fixed rate is coming to an end, when you remortgage you should be aiming to bring the term down to 23 years.

Deal length: Given that most mortgage products levy an early repayment charge (ERC) during the term of a deal it is important to think about how long you’re happy to tie yourself in for. For example, if you think you might move in the next few years you'd be better off going for a two or three-year product rather than locking into a five-year product. It can cost thousands of pounds to get out of a mortgage early as the penalty is usually a percentage of the outstanding mortgage. So if your mortgage if £100,000 and the ERC is 2% you'll have to pay £2,000.

Many mortgages are portable, so in theory, you can take your existing deal with you when you move. However, it’s unlikely that the mortgage on your new house will be exactly the same as that on your existing home.

Unless you're downsizing, you'll probably need to borrow an additional amount. This is possible, but it is likely to be at a different rate than you're paying on the existing mortgage so it all gets a bit more complicated. It's, therefore, simpler if the fixed or introductory term has ended and you're out of the penalty period when you come to move.

With a repayment mortgage, your monthly payments are calculated so that you're paying some of the capital off as well as the interest and will have repaid the entire loan by the end of the term.

Monthly payments on an interest-only mortgage, on the other hand, just cover the interest. Therefore, you'll have the original loan to pay in full at the end of the term. The idea is that you have a repayment plan in place, such as ISA investments so that you have built up the lump sum you need by the time your mortgage ends.

However, interest-only mortgages are getting harder to come by because of fears that there is a mortgage time bomb waiting to explode because millions of people have taken them out and have no repayment plan in place. Some lenders have stopped offering them, while those that do only offer them to people with very large deposits.

Finding the best mortgage to suit your needs can be a challenge. The best mortgage deals tend to be available to those with larger deposits as this means less risk for the lender.

This is where Belvoir Bromley can to help you. Our panel of partnered IFA/Mortgage advisors review the whole of the marketplace covering a wider range of deals then simply approaching one lender, they will ask you a few simple questions, which can help refine the deals available to you, they will then talk you through the range of available options and help you through the application process once you've decided on the best mortgage for you.

They will also advise you of comparable conveyancing costs as this is something that gets overlook frequently and can hinder a purchase if not expecting the extra expense, they also make sure your chosen solicitor is on your chosen Lenders panel, This is why spending time with a mortgage broker is key to ensuring you can move SWIFTLY forward when you find that dream property. Find out more details here --- Belvoir Bromley Help ---