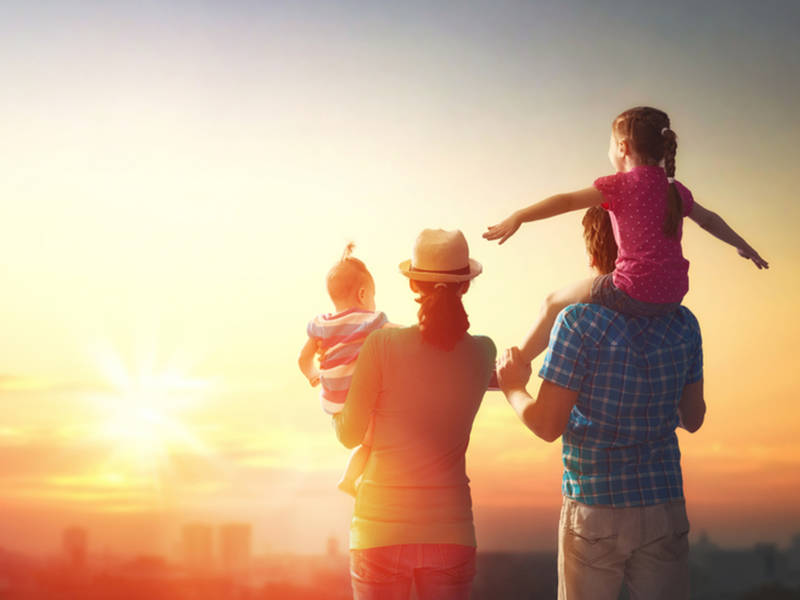 Buying a family house is an exciting milestone and there are plenty of things to think about beyond the property itself, such as local amenities and other factors which contribute to the quality of family life.

The latest research from price comparison site, MoneySuperMarket, takes a look at where in the UK is currently the best place to raise a family.

The Family Living Index was created to guide parents – or soon-to-be parents – looking to futureproof their next move and help them select the best location to raise a family. The annual Index analysed 35 of the UK’s biggest cities against key factors that impact family life, including local school rankings, access to green space, the likelihood of burglary, house prices, job opportunities and average salary – matching year-on-year data to analyse movements in the Index.

The results reveal that Bath is the place to be for young families, overtaking last year’s hotspot Newcastle, with the south-east hub seeing positive movements in almost all categories. The level of ‘outstanding’ schools and job opportunities in the area helped the city climb the charts, with the highest score out of all cities analysed at 13.76 jobs per 100 capita.

Newcastle dropped to second place despite strong results, including an improved crime rate, an increase in quality schools in the area and a rise in disposable income. It was a reduction in job availability that saw the northern city knocked off the top spot.

Despite being named one of the worst places to live in 2016[1], Wolverhampton held onto its third place position thanks to its increased level of ‘outstanding’ schools. In fourth place is Manchester – one of the biggest movers in the Index, shooting up 12 places from 16th place in 2017 due to its vastly reduced crime rates.

1. Bath – Bath jumped four places to grab the top spot, seeing improvement across almost all categories and a rise in the average salary at £29,806. Bath also owes its place to the highest job availability of all cities analysed, with 13.76 jobs per 100 capita.

2. Newcastle upon Tyne – Last year’s top spot, Newcastle dropped into second place despite posting strong results across almost all categories, including an increase in disposable income at £19,190 on average. The demotion is in part due to the city seeing a reduction in job opportunities.

3. Wolverhampton –Wolverhampton scored highly on jobs and affordable housing, with an average house price of £141,458, to take third place. However, it missed out on the top two spots due to a lack of local parks.

4. Manchester – Although Manchester was low on the availability of green space, house prices are comparatively low at an average of £173,381. Schools and income improvements, alongside a significant reduction in burglary rates, saw Manchester jump 12 places into the top five.

5. Swansea – The Welsh city scraped into the top five thanks to the highest park score of all cities analysed per 100,000 capita. Additionally, Swansea also saw an increase in the average household disposable income to £15,604.


At the other end of the scale, London continues to rank bottom of the list for families due to a higher crime rate, huge competition for school places and the nation’s highest average house prices of £484,172.

1. London – Sky-high property prices saw the capital feature at the bottom of the list for the second year running, despite high income and well-performing schools.

2. Kingston upon Hull – 2017’s city of culture came second-from-last despite a seven percent drop in content theft claims. It scored particularly low on job opportunities, with a 20 percent increase in available jobs year-on-year.

3. Bristol –Bristol saw a decline in job opportunities and outstanding schools – combined with being the fifth most expensive city to purchase a home.

4. Leicester – Leicester saw the biggest decline in all metrics from the cities analysed, including a nine percent increase in content theft rates.

5. Brighton and Hove – The picturesque seaside town saw a seven percent rise in property costs, with the average property at £361,075 compared to the national average of £191,590.

Kevin Pratt, consumer affairs expert at MoneySuperMarket, commented: “Buying a family house is an exciting milestone and there are plenty of things to think about beyond the property itself, such as local amenities and other factors which contribute to the quality of family life.

For example, parents with young children will want to find the right sort of neighbourhood. Schools are a huge priority, and many people move specifically to be in a particular catchment area – and that can be long before the children are due to start. Equally important is sorting out the finances so families can make the most of their money – and that includes crucial purchases such as life insurance.

This cover is essential for anyone with dependants. It will release funds to keep your family functioning if you or your partner dies prematurely, by settling debts and providing money to meet living costs.”