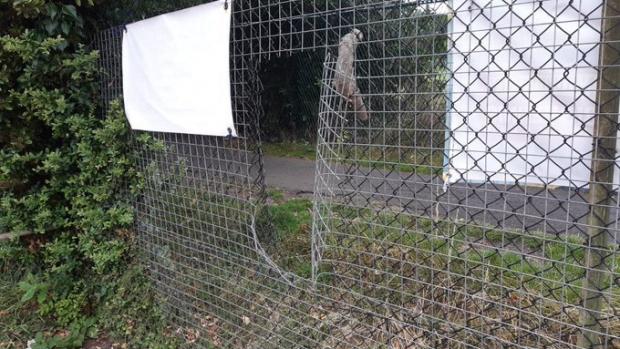 A tennis club in Chislehurst has become the latest sports facility in south-east London to be raided.

The chairman of Chislehurst Lawn Tennis Club (LTC) was informed of the break-in this morning and he contacted police immediately.

"It looks to be the current trend," Clive Richardson told News Shopper.

Last month we reported how various sports clubs in Bromley had been targeted - including Petts Wood FC, Orpington FC and Warman Sports Club.


Intruders ripped through a wired gate at Chislehurst LTC, wrenched open the shutters to the clubhouse before smashing the window.

"All the drawers in the clubhouse had been opened with various papers thrown around," chairman Mr Richardson said.

"Nothing was taken, not even a tennis racket," he laughed. "They had obviously been looking for something valuable."

Mr Richardson has been club chairman for ten years and said this was the first-ever break-in during that time.

He added: "Disappointment is the first reaction. Heavy machinery is often taken from the football clubs but we have nothing like that here.

"We were hoping we would be immune from this sort of thing but presumably not."

The chairman was relieved nothing was taken or damaged.

He insisted it was business as usual and encouraged people to come down and have a game of tennis.

"The clubhouse has been secured and we will get the window glazed in the very near future," he said.

"The gates are open, nothing is broken, and the playing service is fine. Come and enjoy the good weather."

We understand a nearby Bootcamp service also had a break-in last night.

If we get any further information we will keep you updated.