As a country we are moving less often than people in the 1970’s and 1980’s, here's a few thoughts on what that means to Enfield homeowners and Enfield landlords.

The average homeowner in the UK moves every 20.2 years… 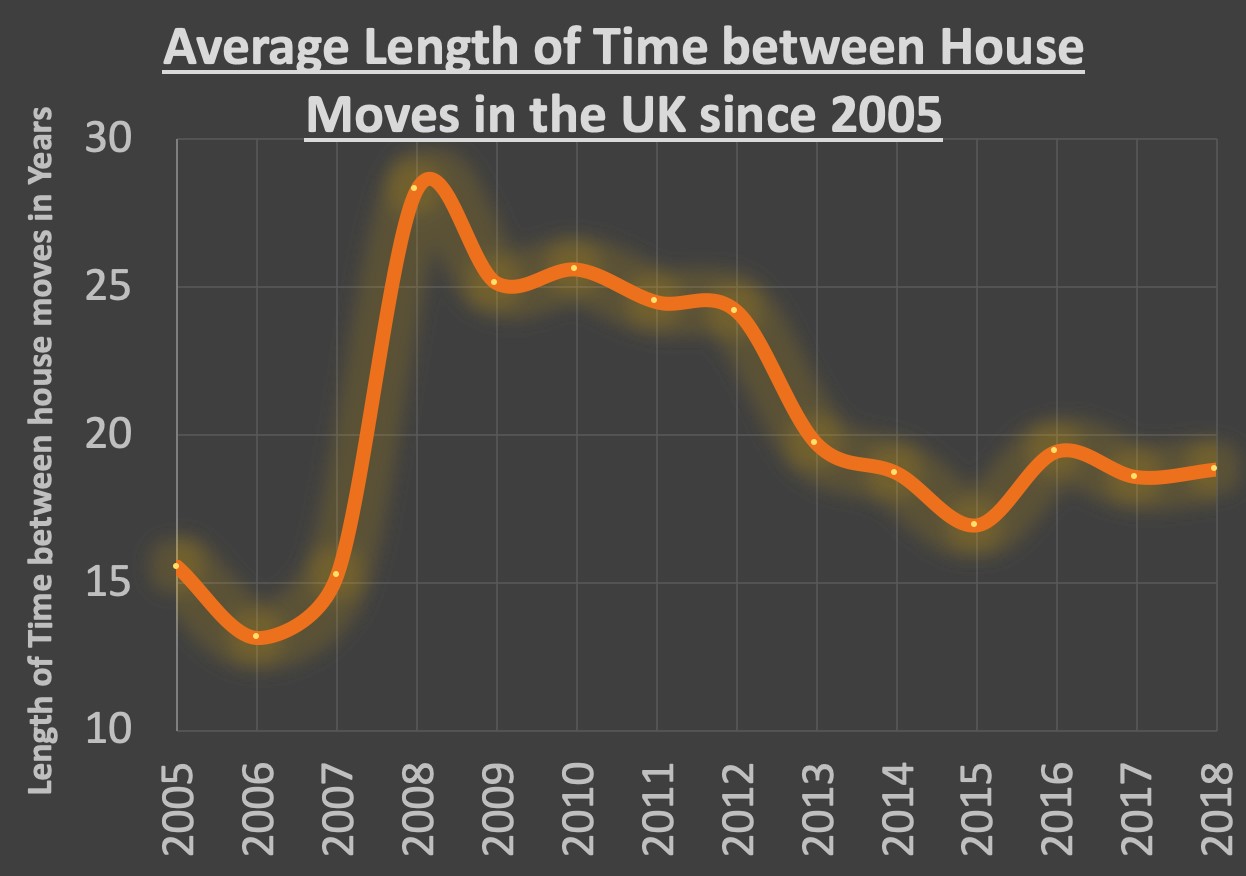 The graph shows that as the economy improved after the Credit Crunch, British homeowners started to move home more and may have be taking advantage of higher demand and lower supply in the housing market to sell their homes and move on to the next property. Yet, most Enfield (and British) homeowners are more often than not buyers as well, so that cannot be the real cause. As mentioned already, people in the 70’s and 80’s moved a lot more than today.

So why is the long-term average length of time between moves since 2000 still much higher than it was in the preceding 30 years? For existing homeowners, some people have said their lack of an appetite to move home compared to the 1970’s and 1980’s might come down to their mortgages and the need for higher equity to put down on the next house. It is true the number of years you stay in your home determines how much you will pay back on the mortgage you took out when buying it. If you stay longer, you have the prospect to pay back a larger portion of the money you borrowed to buy the home. Interestingly, if you consider someone with a 25-year mortgage on the UK average variable rate of 3.4% for existing mortgage borrowers, borrowed say £200,000 at the start of the mortgage and made monthly payments on that mortgage, it would take 15 years and 1 month to build up over 50% (or £100k) in equity (and 17 years 2 months if interest rates were at their historic average in the 1980’s and 1990’s of 7%) … all assuming there was no decrease in value of the property.

Instead, I think the issue is a lot deeper than that. Firstly, I believe there has been a long-term change in attitude to moving home and this lack of people moving home (compared to the last 30 years of the 20th Century) is part of a slowdown in the country in social mobility. Interestingly, a million fewer people moved in the noughties (2000 to 2010) than in the 1970’s, after other changes in population have been taken into consideration. You see back in the 1970’s and 80’s, it was expected that people kept moving up the ‘property ladder’ to bigger and better homes (i.e. keeping up the Jones’).

Secondly, there has been a change in attitude to homeownership per se … as 20 to 30 somethings (Generation Rent) have been weaning themselves off the ‘homeownership drug’ for the last 15 years that the baby boomers were addicted to in the 1970’s and 80’s ... meaning there are less buyers at the bottom of the housing ladder to fuel the fire. That is an important factor on the long-term decrease in home moving as buy to let landlords have been buying the smaller style starter homes to house Generation Rent … yet landlords don’t tend to move up the housing ladder after a few years like first time buyers - landlords just buy another property.

So, what is happening in Enfield with regard to people moving home? 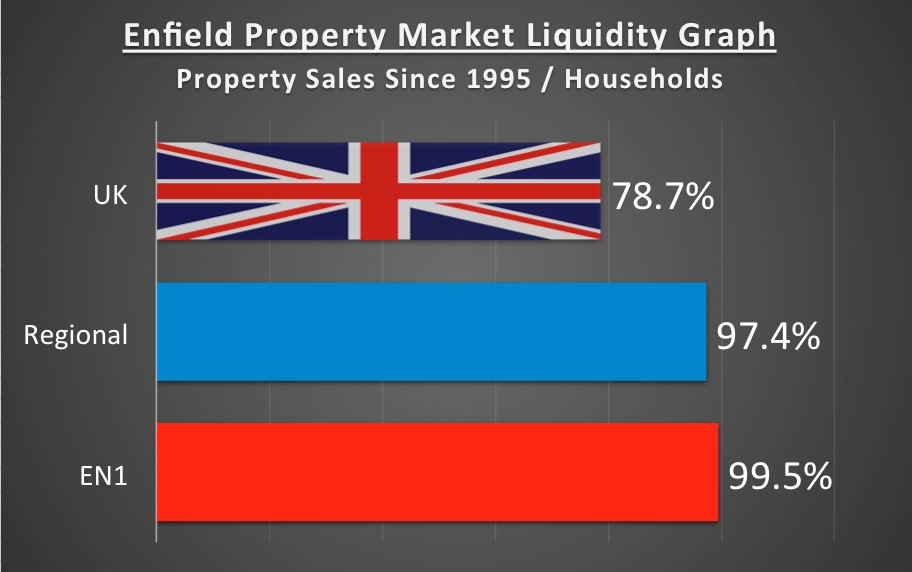 Therefore, I compared the number of people moving home in Enfield to the regional stats of home movers and the country as a whole. I also decided to look at a long-term point of view to judge the Enfield housing market, because as can be seen on the first graph, there is often short-term volatility. Looking at the stats...

Since 1995, Enfield people have moved home 26.45% more often than the national average

Looking at this second graph, 99.5% of the Enfield (EN1 to be precise) privately owned housing stock has been sold since 1995 - interesting when compared to the national figure of 78.7%. Why? Well I am sure this might be the topic of an up and coming article on the Enfield Property Blog.


(Stats from Office and National Stats and Land Registry.)